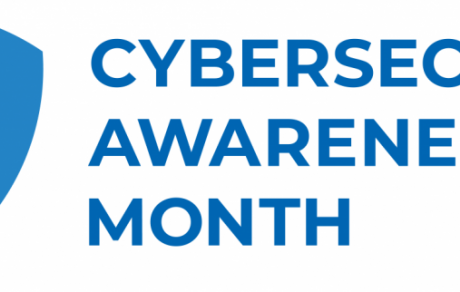 Cybersecurity Awareness Month was launched by the National Cyber Security Alliance (NCSA) and the U.S. Department of Homeland Security (DHS) in October 2004 as a broad effort to help all Americans stay safer and more secure online.

Since the combined efforts of NCSA and DHS have been taking place, the month has grown in reach and participation. Operated in many respects as a grassroots campaign, the month’s effort has grown to include the participation of a multitude of industry participants that engage their customers, employees and the general public in awareness, as well college campuses, nonprofits and other groups.

Between 2009 and 2018, the month’s theme was “Our Shared Responsibility.” The theme reflected the role that we all – from large enterprises to individual computer users – have in securing the digital assets in their control.

In 2009, DHS Secretary Janet Napolitano launched Cybersecurity Awareness Month at an event in Washington, D.C., becoming the highest-ranking government official to participate in the month’s activities. In subsequent years, leading administration officials from DHS, the White House and other agencies have regularly participated in events across the United States.

Also in 2010, NCSA began moving the launch of the month to sites around the country. The month has been launched in Seattle and Bellevue, WA, Ypsilanti, MI, Omaha, NE, Boston, MA, Nashville, TN, and Washington, D.C.

Starting in 2011, NCSA and DHS developed the concept of weekly themes during the month. This idea was based on feedback from stakeholders that the many aspects of cybersecurity should be better articulated, making it easier for other groups to align with specific themes. Themes have included education, cybercrime, law enforcement, mobility, critical infrastructure and small and medium-sized businesses.

The collaboration of NCSA and DHS on Cybersecurity Awareness Month is one of the many successful public-private partnerships that are so critical to cybersecurity.